Skip to main content
A spirited documentary exploring the life of James Broughton, a pioneer of experimental cinema, visionary poet, and bard of Gay Liberation, Big Joy is a kaleidoscopic portrait of Broughton’s luminous life and personality. The filmmakers intersperse Broughton’s diaries, poems and experimental films, weaving an entertaining and complex tribute.
Trailer 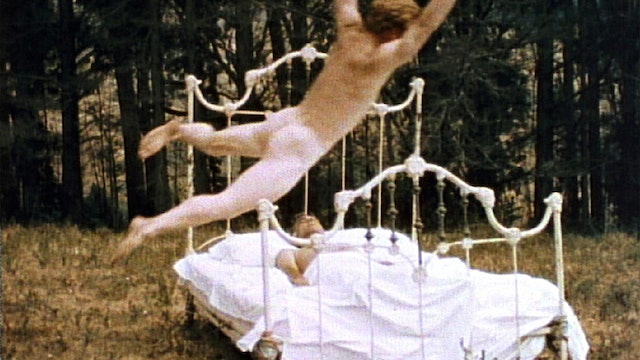 The world scandalized James Broughton, a sartorial-minded pre-Beat filmmaker and poet, so he, in turn, scandalized it. In "Big Joy: The Adventures of James Broughton", directors Eric Slade and Stephen Silha detail Broughton’s courage and impertinence in rejecting the hetero-normative life of the ‘50s onward with its emphasis on frenetic consumerism and careerism.

He embraced the avant-garde movement of the early 20th century by erasing the boundaries between poetry and cinema, thereby creating a new aesthetic in film. Slade and Silha capture the many personalities – like Pauline Kael, doyenne of the arts, with whom he had a child, and Anna Halprin, dancer and choreographer – that orbited Broughton throughout his life.

Broughton’s performative films heavily influenced the "happenings" of the 1960s and, later, the gay liberation movement of the 1970s. Their common denominator is the interplay of humor, play, and the id imbued with a theatrical dimension. His 1967 effervescent film The Bed is a landmark for its exploration of sexuality in all its forms. Broughton erased the division between life and art, philosophy and practice, poetry and cinema, creating a new idiom that defied categorization.

Right-click this and copy the link address.

Watch on your Television

Watch on your Computer